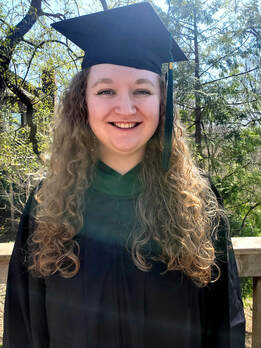 Amanda Herrera
Medicine and People
​
Amanda (Evens) Herrera has been attracted to the medical field since she was young. With an interest in the sciences and a desire to help people, Amanda pursued her university degree with the help of a Bootstraps scholarship and interest-free loan. With her education now complete, she is about to embark on her medical career as a physician assistant.

Amanda graduated from Conifer High School in 2013 and received the Tupper’s Team Math/Science Scholarship. In 2014, she received an interest-free loan. She attended Simpson College in Indianola, Iowa which is a small liberal arts school with approximately 2,000 students on campus. She was drawn to Simpson because it is a small school with a great pre-med program, including a cadaver lab that she used as an undergrad.

Going to college wasn’t Amanda’s first time away from home; she was fortunate to spend one of her high school breaks in Spain. Amanda initially lived in a dorm with a nice view of the park, and later joined the Pi Beta Phi sorority and lived in the sorority house. She liked that better because it was more homey and they had a chef for the twenty sorority sisters. Amanda lived there until her senior year when she moved off-campus.

Amanda had a double major in Biochemistry and Spanish which kept her very busy. She was involved in her sorority and the campus activity board and helped to plan homecoming and other special events. During Amanda’s junior year in college, she spent a semester studying abroad in Argentina and lived with a host family, allowing her the opportunity to travel around the country.

Amanda knew that she wanted to work in medicine, but was not sure about the specific focus. She always loved the sciences, especially anatomy and physiology, and enjoyed helping others. Her career path was a combination of the two – medicine and people. Although in her Bootstraps application essay Amanda said she was interested in a career in the pharmaceutical industry or genetics research, she quickly decided that research or study of pharmaceuticals didn’t make sense and she hated to be in a lab. So she decided to focus on patient service.

After completing her education at Simpson, Amanda went on to attend Des Moines University for a Master’s of Science in Physician Assistant Studies. Her classroom experience was completed before the COVID-19 pandemic but the country locked down as her clinical rotations were about to start. Since medicine never really stops, she soon was able to complete her clinical rotations. 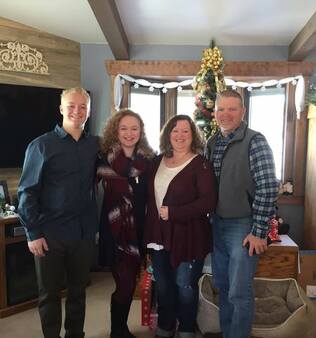 The Evens Family
Amanda graduated in May 2021 and is currently living in Brooklyn, New York with her new husband. She and her husband were married in June before moving to New York for his first year of residency in podiatric medicine. New York is a brand new experience for Amanda and she thinks the food is the best part. She recently got a job as an internal medicine physician’s assistant at the Montefiore Hospital in the Bronx where she hopes to be able to take advantage of her fluency in Spanish. She is excited to start this new position and believes it will be the perfect first job out of school.
​
In addition to being a Bootstraps recipient, Amanda and her parents worked with Bootstraps recently to set up a scholarship fund in memory of her younger brother, Jake, who passed away in October 2019. After graduating from Conifer High School in 2015, Jake attended Colorado Mesa University in Grand Junction with the help of a Bootstraps scholarship and loan. He was always involved in sports and was guaranteed to make those around him laugh. The scholarship established in his memory is the  Jake Evens Athletic Achievement Award and is for students at Conifer High School.

Amanda wants people to know, “It was really helpful that I had a local scholarship and loan, nice to know that the community was supporting me through college. It was so helpful that the loans were interest-free and that I didn’t have to pay off loans with huge interest and could just focus on my education.”