2022 BOARD OF DIRECTORS
Our volunteer board of directors meets regularly to coordinate fundraising and planning efforts, all of which are designed to benefit our local area students. Proceeds generated from these fundraising efforts are distributed to students annually in the form of scholarships or interest-free loans.

Each spring, the Awards committee evaluates applications and matches available scholarship and loan funds with deserving students. Recipients are selected based on a number of factors including academic achievement, school involvement and community service, but always with an emphasis on financial need. Special circumstances are also weighed on an individual basis. 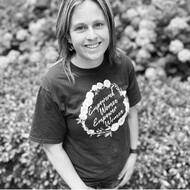 Kelsey Smith - Vice President
Kelsey is a proud Colorado native and has called our amazing mountain community her home since 1999. After graduating from Conifer High School in 2008, she attended the University of Northern Colorado (UNC) to obtain her degree in special education. Kelsey started her teaching career in Bailey where she taught for eight years. She now currently teaches at an elementary school within Jeffco Public Schools. In December 2021, she graduated with a master's degree from UNC. Kelsey enjoys reading, writing, traveling, and spending time with friends and family. She published her first book in 2018. Kelsey has been a part of the Bootstraps Board of Directors since January 2019. She is extremely honored to be a part of the organization and to be serving as vice president. 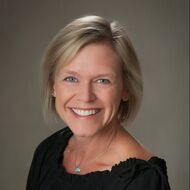 Angie Brekke - Secretary
Angie has lived in the Evergreen area for 16 years. As a former "Southerner," her family moved to Evergreen in search of a slower pace of life than the city and to enjoy the activities of the Rocky Mountains. Angie's children attended Conifer High School and were recipients of Bootstraps scholarships. They are now "spreading their wings" in Texas and Washington. She knows firsthand the positive impact of the generosity of Bootstraps donors and the opportunities it provides our youth. With 13 years of teaching experience at many grade levels, Angie has a passion for helping students reach their goals. In her free time,  Angie enjoys cheering for her Georgia Bulldog football team, hiking with friends, tutoring, cross country skiing, and keeping up with her kids latest adventures. 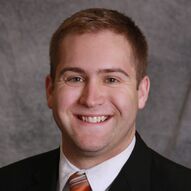 Samson Eberhart - Treasurer
Samson is a Colorado native and was born and raised in Pine. After graduating as valedictorian of his Conifer High School class in 2009, he attended the University of Denver and graduated in 2013 with a major in Finance and minors in Economics, Leadership, and French. Samson then began his career in banking at FirstBank and has been there ever since. Now part of the Bank's Compliance & Risk Management division, Samson leads a team that ensures the bank's lending practices are not discriminatory, and that the bank is also providing services to its communities. Samson loves traveling domestically and abroad, sampling the best beers and eats along the way. 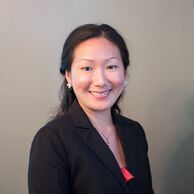 Christina C. Ambrose
Christina is a management consulting manager at Accenture, in the Talent and Organization/Human Potential practice, specializing in HR Transformation. Previous to joining Accenture, Christina worked with The Coca-Cola Company for 5.5 years as the HR Technology & Platforms Strategic Projects Manager, responsible for consulting, partnering and mentoring client groups, with an emphasis on HR digital transformation and process improvement. Her previous role was Global Project Manager in the Office of the CEO and Office of the Chief People Officer, where she led strategic initiatives and supported the Chief People Officer and CEO across operations, office management, and communications. 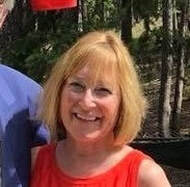 ​Anne Stuart Bickel
Anne and her husband, John, found their way from Illinois to Evergreen by a circuitous route including Vermont, New York, Connecticut, Northern Virginia, Connecticut again, Idaho, and Southern California. She has lived in Evergreen since 2000 and she never wants to leave! Anne has three children, the youngest of whom, Audra, attended Conifer High School. Both Audra and her husband received Bootstraps scholarships to help them on their path to a college degree. Anne graduated with a BC from University of Wisconsin (Madison). Throughout her many moves, Anne has at times owned a small interior design business, an antique business, and for 10 years in Evergreen, owned Evergreen Wall Designs. Since 2012, Anne has turned her efforts to designing and hand-crafting jewelry. For more than 20 years, Anne has been active in PEO International, a women's organization whose main focus is on raising money to fund grants, scholarships, and loans for women to attend college. She loves                                                     gardening, reading, camping, and kayaking. Anne is excited to be part of the Bootstraps organization she so admires. 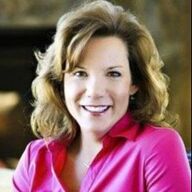 Julie Branstrom
​Julie has been a member of the Evergreen community for 12 years and absolutely loves living in the mountains with her husband, David, her two teenage daughters, Claire & Hope, and their dogs, Ranger & Boo Boo. Having an unquenchable thirst for adventure and travel, Julie and her family moved to Colorado from Michigan in 1999 and she worked as a Director of Sales for several luxury mountain resorts. Currently, she owns an Incentive travel company, Vista Meetings & Incentives, where she has taken her clients on safari in Africa to the Northern Lights in Iceland. When homebound, she can be found enjoying the restaurants in Evergreen, zipping around on her electric mountain bike, or hiking in Flying J. She attended Western Michigan University and volunteers for a foundation near and dear to her family's hearts, Chinese Children Adoption International who helped her & her husband adopt their girls from China. She is very excited to be a part of Bootstraps! 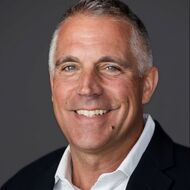 Travis Clark
In 1997, Travis and his wife moved to Colorado from Vermont for the powder and stayed for the sunshine; however, it was the sense of community that drew them to Evergreen, where they have been since their arrival to the Centennial State. Since 1998, Travis has worked at two community Banks in Evergreen, where he has held many local and regional positions. His wife Jessica is a land conservation attorney who practices locally, speaks nationally, and is an adjunct professor at D.U. and Vermont Law School. They have one child who loves to do anything athletic, practicing his Uke and piano, and enjoys both math and reading books. Most of their family time is spent on or next to a soccer pitch, mountain biking and/or supporting their son who competes for the Winter Park Freestyle Mogul Team. As a sponsor of Bootstraps for many years, Travis looks forward to returning to the board to help support a cause that his family is passionate about...EDUCATION for all! 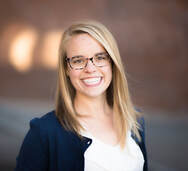 Kaitlyn Hemm
​Kaity is a Colorado native, born and raised in Conifer. As an award recipient, upon graduation from Conifer High School, Kaity attended Colorado State University graduating with a Bachelor in Business Administration and a Masters of Accountancy. She became a Certified Public Accountant in 2017, and has been an active member since. Kaity began her career with Deloitte in the Audit and Assurance practice, where she continues to serve public and private clients today. Outside of work, Kaity enjoys traveling and spending time with friends and family exploring everything that Colorado has to offer. 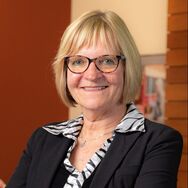 Jean Kelly
Jean Kelly traveled to Colorado for a ski trip and her course was set to return to hopefully become a ski bum. While she never became a ski bum, she did move to Colorado after earning her Master's Degree from Northern Illinois University in Counseling with Deaf and Hard of Hearing People. 1988 brought a move to Evergreen. She and her husband, Mike, raised three children here in Evergreen; their eldest benefited from a Bootstraps scholarship! Ms. Kelly serves as the Director of Accessibility Services at Red Rocks Community College where her passion is removing barriers for students with disabilities. Never a ski bum, Jean still enjoys skiing as well as biking, hiking, knitting, and card-making in her free time. She's delighted to serve Bootstraps to help students in the foothills experience the opportunities found in post-secondary education. 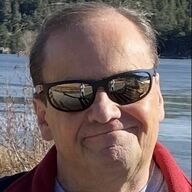 John Kelly
​John was born in Lahore West Pakistan where his parents were completing their graduate studies. When he and his family returned to the United States, John grew up primarily in the New York metro area. In 1984, he earned a bachelor’s degree in communications from SUNY at Buffalo. He has been married to his high school sweetheart for 36 years and they have lived in Evergreen since 1992 and raised their two sons. John assisted in the evolution of Evergreen Academy where his sons attended elementary school. He has been fortunate enough to coach soccer, baseball, basketball, and he taught music to Evergreen middle schoolers. He has recently retired from a publicly traded company where he grew the business in the western part of the country. He joined the company in 1985 and fulfilled various roles from management trainee to Senior Division Vice President; he also served an officer of the company. John welcomes the chance to help good people, working hard to help create                                                  opportunities for the future. Aaron Sumner
Aaron grew up in upstate New York attending Potsdam Central High School before moving to Tulsa, Oklahoma his junior year and graduating from Booker T. Washington High School with a concentration in fine art. Aaron attended the University of Tulsa receiving a Bachelor of Arts in Anthropology with a double major in biology and a minor in chemistry. He was invited to attended two archaeological expeditions to the country of Jordan during his time at Tulsa. Before relocating to Golden in 2004 for graduate studies, Aaron worked on chemistry and chemical engineering projects in Oklahoma and Texas for several years. Aaron received a Master of Science degree in Engineering Technology Management (ETM) from Colorado School of Mines and was a research assistant for the Department of Chemical Engineering and Petroleum Refining. Following his graduate studies, Aaron worked as an operations and financial analyst in various fields including aerospace and telecommunications.  When not                                                working, Aaron likes to travel, hike, and read. 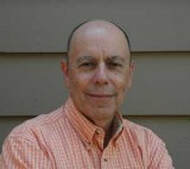 Stephen Sumner
Steve Sumner received a BS degree in design and photography from the University of Michigan and a MFA in painting and printmaking from the University of Massachusetts. Steve is a working artist who has shown his work in over 70 one-person and group exhibitions. His work is part of many prestigious public and private collections. A university professor for 38 years, Steve retired in 2005 as President of Rocky Mountain College of Art and Design in Lakewood. After spending three years designing and building dioramas for the Bass Pro Corporation, Steve came to Evergreen as the executive director of the Center for the Arts Evergreen, retiring in 2019. He continues to work with schools and students as a business interviewer for the Conifer High School DECA program and as a judge for the Evergreen High School Jazz Festival competition.
Staff 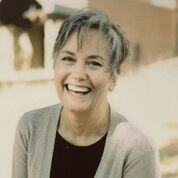 Susan Henry - Executive Director
Susan and her husband, Mike, have lived in the Morrison/Conifer area for 36 years, raised their three children, and added an extra child to the family 13 years ago. Together they love spending as much time as possible with their adult children and four grandchildren! Susan is a Denver native who met Mike while attending University of Georgia where she received a degree in communications.

Nancy Hiester - Director of Development
Nancy grew up in New Jersey and moved to Colorado to pursue her Bachelor’s degree from the University of Colorado, Boulder.  Her college years were a wealth of learning – with a major in Psychology, minor in Spanish, and meeting her neighbor, who later became her husband. She completed her Master’s degree in Public Administration from the University of Colorado, Denver.  Nancy has lived in the mountain area since the blizzard of 1982, when Conifer was a small town without any amenities. Both of her children graduated from Conifer High School and completed their college degrees out of state.  Her son lives in Brooklyn teaching chess to children, aged three and up. Her daughter lives in Denver, performs on an improvisation team and works for a local start-up. Nancy’s strong interests are travel, reading, hiking, tennis, backpacking and                                                   just simply being outside. Her husband, Patrick is a talented musician and plays bluegrass, folk and original music.