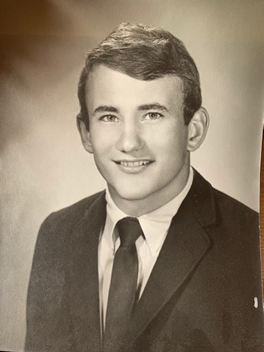 Hank Alderfer
An Amazing Gift to Our Community
​
Hank Alderfer has a long-time commitment and dedication to the Evergreen community. He is a leader and has been a volunteer dedicated to public land and mountain lore. He was born in 1947, shortly after his parents, EJ and Arleta, bought their legendary ranch on Buffalo Park Road. Hank is also the recipient of a Bootstraps scholarship, a scholarship he credits for allowing him to pursue his education. “I wouldn’t have been able to go to college without the help of the Bootstraps scholarship.”

Hank’s achievements are notable and include serving on the board of the Jeffco Historical Society for eight years, helping form the Evergreen Recreation Association, serving for 18 years on the Evergreen Parks and Recreation District Board, and being instrumental in creating the Evergreen Trails Plan. He is also one of the founders of the Mountain Area Land Trust and served on their board starting in 1992. Hank’s accolades are equally as impressive as his service to the community. He received a Volunteer of the Year Award from the Jeffco Historical Society, the Evergreen Community Service Award in 1990, and he was elected to the Jefferson County Historical Commission Hall of Fame in 2007.

Hank attended Evergreen High School where he ran track and played football. In his senior year, he remembers that he and John Ellis were co-captains of the football team. He also remembers an incident involving cows that were riled up and starting to stampede across the golf course. He and his fellow track team members were able to calm the cows and prevent anything bad from happening to people or the cows. It is a humorous memory for Hank and quite the visual for those of us who weren’t there!

With the Bootstraps scholarship, Hank made the transition from high school to college and attended Claremont Men’s College in Southern California to study economics and management engineering. He could have gone to Dartmouth, but he chose Claremont, preferring the west coast rather than the east coast. Claremont had about 1200 students and included the campuses of Scripps and Pomona. His sister attended Pomona, and Hank wanted to be close to her. 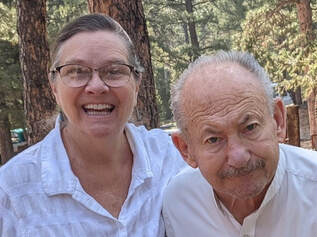 Barbie and Hank Alderfer
When he first arrived at college, he vividly remembers landing at the airport on the first night of the Watts riots. LA was in the middle of drastic change, and according to Hank, “it was downright scary.” Hank was later named one of two young people chosen to represent co-racial student interests at Claremont.

He stayed very active in college, participating in football, wrestling, and track., enjoyed living in the dorms, and made many friends. Some of his closest friends even went home with him for summers and worked on the Alderfer Ranch.

After graduating from college in 1969, Hank ran the Alderfer Ranch on Buffalo Park Road. In 1988, he sold and donated the ranch to Jefferson County Open Space. The Alderfer/Three Sisters Open Space Park is beloved by outdoor enthusiasts from the Evergreen and metro area. Hank celebrates his extensive memories of the mountain community with his published book, Yesteryear, which is a collection of personal essays originally written for the Canyon Courier. His book and his memories are an amazing gift for our community.