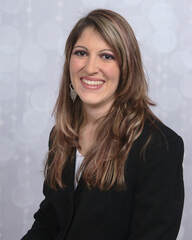 Jessica Jacob
As a high schooler, Jessica Jacob dreamed of becoming a marine biologist working with dolphins, and her dream came true! Jessica was homeschooled and attended Conifer High School part-time to study language and play the flute in the marching band. Jessica received a scholarship and interest-free loans from Bootstraps in 2007.

Initially, Jessica attended Colorado Northwestern Community College earning dual associate degrees. Then she transferred to Hawaii Pacific University for her bachelor’s and master’s degrees in marine biology. Her advisors encouraged her to pursue her doctorate from the University of Florida in Gainesville, and today she is known as Dr. Jessica Jacob.

Her transition from high school to college was good and normal, and she even experienced being homesick each year around the six-week mark of the school year. She grew up in a rural setting and expected Honolulu to be a little island paradise. She was surprised to find it was a big city! She found Hawaii Pacific University to be fun, exciting, and a true adventure. She was a mountain girl who loved the beach!

Jessica lived in the dorms at Colorado Northwestern Community College. At Hawaii Pacific University, she resided in student housing in an old hotel in Waikiki. She lived with her sister, who attended the University of Hawaii, and they had fun. Jessica met some of her best friends there where they would hang out at the beach and attend festivals. Waikiki has festivals and events all the time, like Spam Jam. All the Hawaiian holidays are celebrated in addition to the usual holidays, so there was always something to do; however, with Jessica’s Type A personality, she had no difficulty focusing on academics and studying. 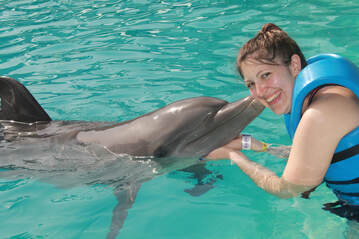 At Hawaii Pacific University, she focused on research and conservation. She wanted to accomplish something to help protect the marine mammals around Hawaii. Jessica started doing internships and volunteered with the Hawaii Stranding Response Program. She helped the organization answer questions about why marine animals get beached and assisted with necropsies. When she learned that she could get her bachelor and master’s degrees concurrently, she had to find an advisor. The associate dean – now the current dean - offered to be her advisor and helped guide Jessica. It only took a year and a half for her to receive her master’s degree.

While getting her master’s degree, she fell in love with studying infectious diseases in marine mammals such as the morbillivirus, which is the equivalent to the human measles virus. She was passionate about making a difference in the lives of marine animals and discovering what was affecting them. She wanted to learn how to protect those marine animals. Jessica was very excited to discover a new strain of the virus and was, initially, the only person who knew that the marine animals had that strain in Hawaii.

After a couple of years as a lab manager, and with encouragement from her mentors, Jessica decided to get her doctorate. Her scientific advisors emphasized that this is where she would want to be in the future, so she received her doctorate in vaccine development. Jessica was the designer of an original vaccine for the bacterial disease brucella. The vaccine is used with agricultural and marine animals and was based on the work of a primary investigator, who was also Jessica’s advisor.

She graduated from the University of Florida in December of 2019 and held a post-doctorate position.  The position was supposed to last two years but ended early due to Covid-19. The pandemic affected her career search, so she reached out to her academic contacts at Hawaii Pacific University, and she now holds a full-time faculty position teaching general biology to freshmen. She teaches lecture and lab classes, coordinates all the general biology classes, and loves her job. Jessica remains passionate about doing research.

The Bootstraps scholarships and interest-free loans provided financial stability for Jessica. The support gave her the means to pay for some of her tuition and housing, and she found the interest-free loans very helpful and affordable to repay. Jessica appreciates how former Bootstraps Executive Director, Colleen Skates, worked with her financially as she navigated her journey. “She was so supportive,” states Jessica. She is also extremely grateful to the donors who helped fund the loans.

As Jessica reflects on life since high school, she says, “It has been a journey and I have made it to where I want to be. I am a marine biologist. I achieved my dream of being a doctor and working with dolphins.” Jessica advises other Bootstraps recipients to “keep following your dreams.” ​