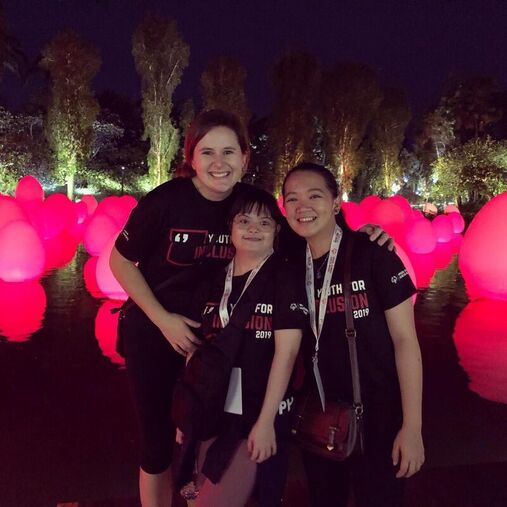 Kaitlyn at an event for Special Olympics
Steeped in the human services tradition, Kaitlyn Hamrick has been integrally involved with the world of Special Olympics since high school. Her best friend in high school was a student with Down syndrome, and Kaitlyn led Special Olympics sports activities while attending Conifer High School. She also served on the youth council for the organization. In addition to her volunteer work with Special Olympics, Kaitlyn spent her high school years playing lacrosse, working for the local Wendy’s, horseback riding, and spending considerable time on the trail. Kaitlyn received a Bootstraps scholarship after graduating from Conifer in 2011 which helped her to follow her passion.

Kaitlyn attended the University of Northern Colorado in Greeley where she majored in human services and minored in special education. Her transition to university life went well, especially after she became involved in the Special Olympics program in Greeley. She became heavily involved with their youth program which made her feel like she was at home. She lived in the dorms, and the Bootstraps scholarship helped ease the burden of tuition costs. The University of Northern Colorado had an excellent program designed for special education which was instrumental in her journey.

In college, everything revolved around her classes and coaching for the local Special Olympics program. She started as an intern in college with the Special Olympics Colorado and International programs. She had multiple internships, including a remote position with the organization at the national level, and she spent several summers interning in Washington, DC. During her last semester of college, she moved to DC with a full-time internship. 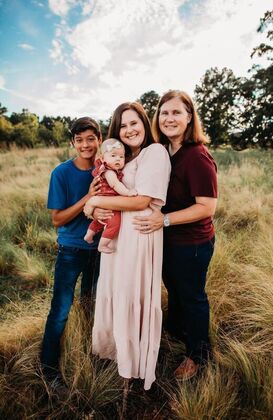 Kaitlyn with her wife and baby
Kaitlyn’s lifelong goal was to work professionally with Special Olympics because she admired their strong and inclusive values. The weekend she graduated from college was the same weekend she accepted a state level position with Special Olympics in Raleigh, North Carolina. After two years, she moved into the global work for Special Olympics International in Washington, DC. She worked at the global level for two years, met her lifelong partner while networking for Special Olympics, and returned to Raleigh. Kaitlyn currently lives in Raleigh with her wife, 16-month-old daughter, and she is expecting her second baby. She not only works her dream job, but she has a wonderful family.

​Kaitlyn currently holds the position of Director of Global Youth Development and oversees inclusive work with youth all over the world. Her position helps to transform the lives of special needs youth, and Kaitlyn loves to help and support young people.
During the pandemic, her remote working environment was not impacted, but her one-on-one work with the young people she serves was affected and challenges presented themselves. Among the challenges Kaitlyn discovered, were language barriers, and inconsistencies with people around the world having limited internet access.

​Bootstraps provided Kaitlyn with financial support to help her pursue the career dreams she set in high school, follow her vision, and achieve her goal of working with the Special Olympics organization.