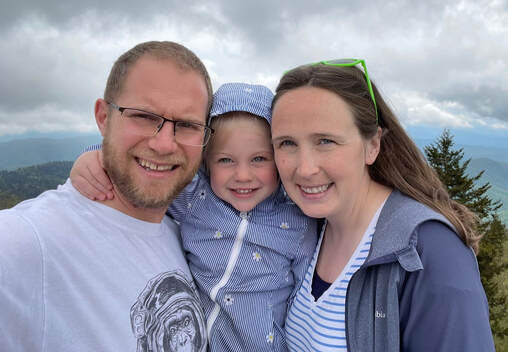 Ryan with his wife and daughter
Experience = Opportunity

“You never know what an opportunity will bring,” quips Benson Family Scholarship recipient Ryan Marks.  Graduating from Conifer High School to attend the University of Denver in 2003, Ryan had many opportunities through learning, traveling, and leadership. Advanced Placement courses at Conifer High School prepared him to be successful in his higher education endeavors.

In his freshman year, Ryan stayed in a living and learning community dorm at DU which built strong relationships amongst his fellow roommates. He lived on campus for his first few years of college. His freshman roommate became his best friend and they now live within blocks of each other.
One of the first recipients of the four-year Benson Family Scholarship, Ryan was able  to focus on his education rather than making ends meet thanks to the financial support of the scholarship. Throughout college, Ryan worked a part-time job. The Benson Family Scholarship allowed him to take advantage of other opportunities like travel, and the support from Bootstraps, combined with other scholarships, allowed him to make the most of his education.

​At DU, he was involved with volunteer work through different programs, such as the Pioneer Leadership Program, as have several other Bootstraps recipients. With a passion for travel, Ryan ended up on a three-week journey to northern India teaching English to recently arrived Tibetan refugees. Schools were set up specifically for the refugees and visiting students taught them English. 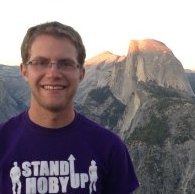 Ryan in 2013
Ryan also studied sustainable development in Thailand with DU’s study abroad program.  Studying abroad was enlightening and he remains in touch with some of the people he met there. He loved living In the northern part of the country, near Chang Mai, which had incredibly good food.
Ryan now works in the education field. He was keenly drawn to the education field since his mom was a teacher and he was employed as a middle school science teacher for eight years.

Ryan has what he considers his ideal job working for the Charter School Institute performing accountability research for charter schools in Colorado. He gathers and analyzes data to evaluate how schools are performing, hoping to improve outcomes for students. He has the opportunity to travel across the state working with Montessori, Waldorf, and dual-language schools, which gives him the perfect blend of data research and interaction with other educators and students.

During the pandemic, the employees of the Institute adopted a remote working environment and had to figure out how to support schools as the schools transitioned to remote. Each school operated differently and responded to their unique community’s needs and how to adapt and adjust to different requirements. Each school developed online programs to keep students and staff engaged and safe. While this magnified the challenges they faced, it also provided them with the opportunity to be creative.

When asked for advice to a new scholarship recipient, Ryan said, “You never know what an opportunity is going to become or what a relationship can turn into. Take advantage of meeting new people and gaining new experiences in life.”

There is a clear difference between where he is now and where he was as a freshman in college. He gained valuable education on multiple levels at DU. One example is from his volunteer trip to India. A person that he traveled with introduced him to the opportunity to study abroad which turned into a further opportunity to live in Thailand. The study abroad program led him to his first job as a teacher in Thailand. “The more experiences you have the more opportunities you have,” states Ryan.
​
Ryan lives in Aurora with his wife, three-year-old daughter, their dog, and a baby on the way. He has been a regular donor to Bootstraps since 2017 through the Cap & Gown monthly giving club. Ryan truly understands the concept of giving back!
​